kb1DLko6KsHCzxlcb7Bz_iwNHIftjSelA07KB4RfX7c
Shopping Cart
Your Cart is Empty
Quantity:
Subtotal
Taxes
Shipping
Total
There was an error with PayPalClick here to try again

Thank you for your business!You should be receiving an order confirmation from Paypal shortly.Exit Shopping Cart

« Back to Conference Blog and updates « Older Entry | Newer Entry » 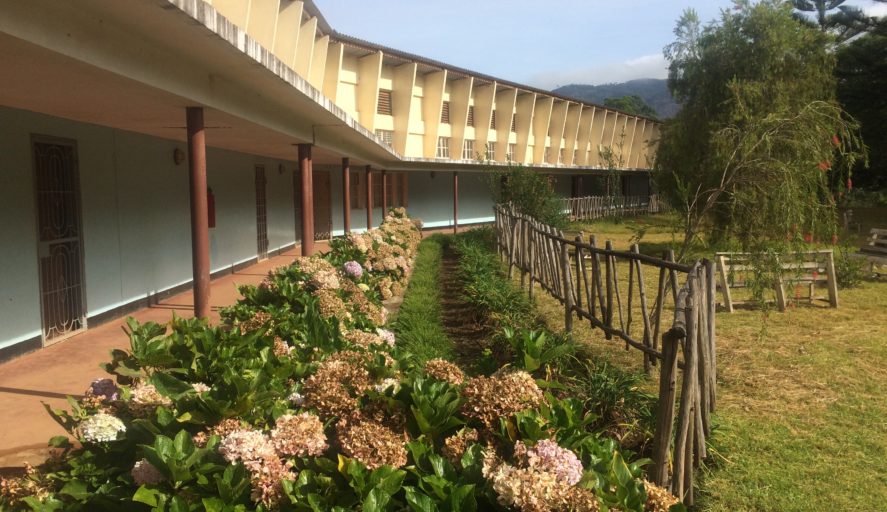 No, I haven’t picked up some dread disease and no, I’m not pining for 1950s Monroe. What I am doing, rather, is talking about the time until the 16th biennial conference of the International Association of Special Education is to be held here in Tanzania.

I have long been a member of the IASE and attended the last conference in 2017 in Perth. This time around, rather than present a paper as I did in Australia, I am serving on the local steering committee which has met several times since our inception in 2017.

Last week, Toa’s new on-site director, Simon Collery, and I made our way to Lushoto, the part of the country in which the conference will be held to greet our fellow committee members and discuss a few key points still outstanding.

Nestled in Magamba, a small village located in the greater Lushoto area, sits a college called Sebastian Kolowa Memorial University on whose campus this conference will take place.

SEKOMU, as the school is more informally referred to, was founded 11 years ago by the North Eastern Diocese (NED) of the Evangelical Lutheran Church in Tanzania (ELCT). “Since 1891, this church has served people degraded by and discriminated from their communities, particularly those with mental illnesses and disabilities. The ground-breaking approach of the NED has underpinned the philosophy of SEKOMU during its first decade of existence. Programs aimed at giving downtrodden people their rightful place in society have therefore become SEKOMU’s foremost priority.”

SEKOMU has trained thousands of special education teachers at degree level. These graduates are serving learners with physical, sensory, cognitive, and behavioral challenges in Tanzania and abroad. At SEKOMU, it is believed that one criterion by which a nation’s civilization ought to be measured is how it treats citizens who have disabilities.

The mission of SEKOMU is “to be a leading African institution of higher learning that fully recognizes and actively professes the human value and dignity of all society members, including people with disabilities, and whereby everyone is able to learn and live in harmony with God, fellow human beings, and all creation.”

Nestled in Magamba, a small village located in the greater Lushoto area, sits a college called Sebastian Kolowa Memorial University on whose campus this conference will take place.  Situated in the Usambara mountains, SEKOMU is neighbored by communities who plant different species and sub-species of indigenous trees. In one of these communities, a small botanical garden has been started where youths with autism are included in gardening activities. SEKOMU believes that “wherever we are, we should work inclusively to take care of nature so that nature can take care of us.”

Speaking of nature, hiking attracts many people who visit the Lushoto area. According to Mama Munga, the head of the university, “Walking through the rainforest, you can SEE the towering Mshai; SMELL the wild Msambalawe; TASTE the spongy Fenesi; FEEL the wavy Mkomamanga; and LISTEN to the songs of Usambara eagle-owls.”

I’ll report more next week on the other items discussed at the meeting, but until then, don’t you think you should get off this website, and check out www.iase.org to register for the conference and book your trip?!

Below: Rev. Lightness Mbila, a committee chair, and Simon in the foreground. Rev. Anneth Munga, the university provost; Mr. Benedict Mdabagi, a committee member; and a chap only whose first name I know – Oliver – behind. 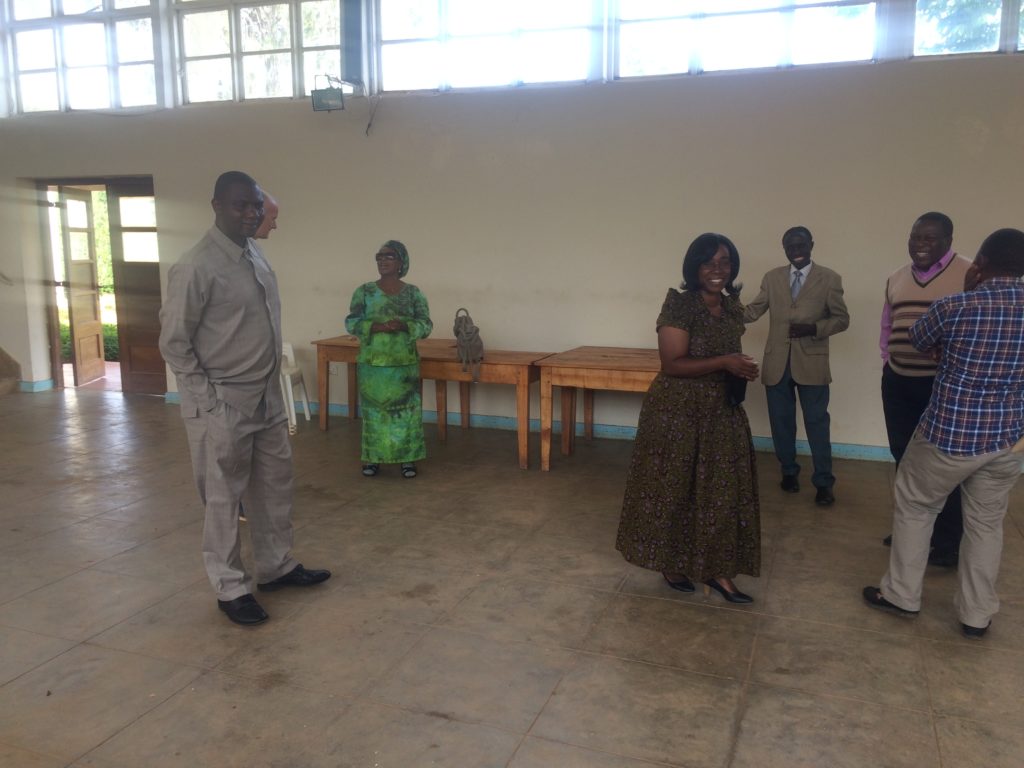 Oops, you forgot something.

The words you entered did not match the given text. Please try again.

Reply Betty Dawson
4:45 AM on November 10, 2021
Which sites do you check while looking for a reliable academic writing company? I prefer analyzing the review articles published at Scamfighter.net. They never provided me with the wrong information, so I recommend them to every student. https://scamfighter.net/review/99papers.com

Reply Charlyne23
5:41 AM on July 5, 2021
The writer at https://academhelpers.com/ did an amazing job with my essay on Law in a short time frame. I didn't notice mistakes and all my instructions were followed. Recommend these guys!

Reply Charlyne23
5:40 AM on July 5, 2021
The writer at https://academhelpers.com/ did an amazing job with my essay on Law in a short time frame. I didn't notice mistakes and all my instructions were followed. Recommend these guys!

Reply adjustable weighted vest men
7:42 AM on June 27, 2021
After digging into this phenomenon,Amazonbest&surmountwayadjustableweightedvestsus_2021 I found the common motivation for walking with a weighted vest is an improvement in body composition. Weighted hiking helps deliver the cardiovascular stress of an endurance run while you're moving at a slower velocity. Load up your running pack.Best Weighted Vests of 2021!Weighted Vest Power Hiking Training Hiking Training Tips And Advice To Improve Overall Speed.
adjustable weighted vest men https://www.amazon.com/SurmountWay-Adjustable-Weighted-Training-E
quipment/dp/B08R5QQQPL/ref=sr_1_33?dchild=1&keywords=adjustable+w
eight+weighted+vest&qid=1618544826&sr=8-33

Reply Justin Brave
6:32 AM on May 22, 2021
This article is loaded with some well-informed data. You have made admirable statements in an exceptional manner about bookkeeping. Since this has made me wonder about more things I would want to know about healthcare accounting servicesa
Visit: https://cpaprofessionals.ca/healthcare-accounting-services

Reply jenny
8:36 AM on November 11, 2020
It is glad to know about bicycle club. It is said that http://www.sanantoniofencecompany.net/ suggested to apply for registration in this club. Bike riders can improve their skills by learning more about bike riding and can get certificate as well.

Reply Claire Cohen
9:01 PM on April 13, 2020
The story reveals that some disease needs to be getting treated on time. And this thing is impossible to save the life of a guy after the given duration. This problem seems not much common among the people and proper consideration should be given on it said https://aussiewritingreviews.com/ozessay-com-au-review/.